The politics of market integration in Africa: Trade agreements, protocols, and the crisis of implementation 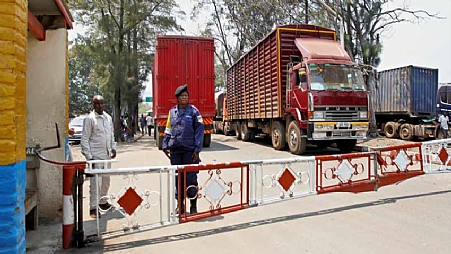 Following the wave of independence across the continent in the early 1960s, regional  cooperation and integration (RCI) has been high on the agenda of African governments, and seen as the basis for unlocking pathways to sustainable development on the continent. The formation of the African Union (AU) in 2002 was a giant step forward in terms of cooperation among African governments, even if the economic benefits have not yet materialized to the full extent envisioned over the past two decades.

Still, in a growing world of economic interconnectedness—and despite ongoing retraction in multilateralism, exacerbated by COVID-19—economic cooperation and integration offers Africa the most assured pathways to enhance the continent’s competitiveness in the global supply and value chains, sustain long-term growth, and accelerate economic transformation. It is not difficult to understand why.

Trends in globalization have increased the levels of cross-border trade, labor mobility, productive integration, and capital flows. The European Project may have suffered a blow in Brexit, but the benefits of the European Union (EU) are far-reaching, achieving success through collective action. The North American Free Trade agreement (NAFTA) fundamentally reshaped economic integration between the United States, Canada, and Mexico. Undoubtedly, creating large markets has been beneficial globally. For example, enlarged regional markets offer local small and medium enterprises (SMEs) supply and value chain linkages into other markets outside the region, as well as stronger collective bargaining power. Another vital element of regional or transnational cooperation is the availability and supply of regional public goods such as shared water resources, regional energy markets, and digital connectivity.

Current events have underscored other benefits to an integrated market: a common response to external threats, such as climate change or pandemics. A clear instance of the latter is the unified response of the EU in the fight against COVID-19, wherein resolute, collective action is being taken to mitigate the socio-economic impact of the pandemic and sustain jobs in Europe. Similarly in Africa, the AU’s Africa CDC  launched a response fund that aims to raise $150 million to prevent COVID-19 transmission, and an additional pool of about $400 million to support the procurement of essential medical supplies as well as enhanced testing and tracing across the continent.  Also, in a joint effort to enhance research and development for COVID-19, Africa CDC and the World Health Organization (WHO) launched an expert advisory panel to provide independent scientific advice and support to countries on the safety, efficacy and quality of traditional medicine therapies. The initial tasks of the advisory panel involve developing a master protocol to guide African countries on clinical trials for COVID-19 and setting the agenda to support Member States in the fight against COVID-19. An integrated Africa will have an even more robust response, ensuring that no member state is left behind. This is the Africa we want; this is the vision 2063.

The benefits outlined of an integrated market are not exhaustive, but they give credence to the importance of integration. Unfortunately, Africa in general is missing out on most of these benefits—and failing to harness the opportunities that arise as a result. African economies are small and fragmented and lack the scale to compete in an increasingly globalized world. African leaders, therefore, are increasingly considering economic integration as a central element of their development strategies.

The African Union took the biggest step thus far in the continent’s market integration with the African Continental Free Trade Area (AfCFTA) agreement, which 54 out of 55 African countries have now signed. The region has begun implementing the agreement to establish a single continental market for goods and services. Supporters of the ACFTA believe that it will create larger, more competitive markets, helping Africa to escape the colonial legacy once and for all and move towards true economic unification. But as any development expert might say, “the devil is in the implementation”.

The politics of market integration in Africa

President Paul Kagame of Rwanda explicitly pointed out in his address to AU Heads of States in 2017 that “Africa has a crisis of implementation”. Weak monitoring and enforcement strategies, whether through formal systems or more informal peer pressure groups, limit the consequences of non-implementation. Even where regional and continental agreements are agreed and ratified, implementation, and thus impact, is often limited.

Evidence of the gap between signing treaties and their entry into force is seen by looking at various AU treaties and protocols. Figure 1 shows the decadal trend in numbers of AU treaties signed and ratified since 1963.

The full implementation of protocols has been delayed due to political, economic, and nationalistic challenges, as well as a weak legal framework. For instance, in the ECOWAS region, some member countries have still not implemented or adopted the ECOWAS Travel Certificate, even as countless checkpoints and barriers mount on trans-boundary roads. As a result, free movement of goods and services—and people—is hampered. There are about 120 estimated security and border checkpoints between Badagry (the exit point from Nigeria to Benin) and Elubo (the entry point from Ghana to the Ivory Coast)—causing economic loss and stifling trade.

Other challenges concern the incompatibilities of national migration policies and discrimination against nationals of member states in national legal and labor codes—or in political disputes, as a recent ECOWAS altercation shows. In August 2019, Nigeria closed its borders with Benin in efforts to stem smuggling, and later closed its land borders to movement of all goods from Niger, effectively impeding trade flows with its neighbors. This led to the Trades Union of Ghana closing down Nigerian shops in Ghana in an apparent reprisal attack in defense of the other countries. Such actions illustrate the destructive nature of protectionist policies, which undermine the intended mission of ECOWAS and the other regional communities.

These challenges with implementation of agreed and ratified protocols are by no means insurmountable, but are a good reflection of the misalignment between continental and regional commitment, on the one hand, and domestic or national policies, on the other.

What does all these mean for the African Continental Free Trade Area agreement?

AfCFTA is seen as a game changer for finally integrating markets on the continent. The agreement, when implemented, would consolidate the many small, fragmented markets in Africa for investment flows, especially in export-led manufacturing. It would also help the continent meet the targets of numerous Sustainable Development Goals by 2030. Indeed, with a combined GDP of over  $2.5 trillion and a population of 1.2 billion, African countries stand to gain substantially from the agreement by integrating their markets. According to the Mo Ibrahim Foundation, if AfCFTA is successfully implemented, it could generate a combined consumer and business spending of $6.7 trillion by 2030.

Within the agreement, African countries have committed to liberalize substantially all trade by eliminating tariffs on 90 percent of goods. The remaining 10 percent is divided between sensitive products (7 percent) and the exclusion list (3 percent), namely products on which no reduction in tariffs would be proposed. The list of sensitive and excluded products is not available yet.

AfCFTA is not simply a free trade agreement; it is actually much more than that. Through its various protocols, it would also address movement of persons and labor, competition, investment, and intellectual property. The agreement was expected to come into force on July 1, 2020, but it has been postponed due to the COVID-19 pandemic, which has stalled ongoing negotiations.

Indeed, while AfCFTA promises to unlock Africa’s economic potential, the agreement still faces an uphill task towards effective implementation. The ECOWAS dispute took place just last year. Arbitrary border closures and protectionist policies are among the many historic barriers to Africa’s integration, so they remain among the many red flags for AfCFTA’s implementation. Political leadership, reduced tariffs under the AfCFTA, and harmonizing the agreement with pre-existing   multilateral   free  trade  areas  within  RECs  and  the  World Trade Organization are just a few more challenges that must be overcome.

How do we overcome this crisis of implementation?

To foster lasting economic integration in Africa, a new practical approach is needed. It should build on existing success stories of cross-border cooperation, beginning with a thorough and honest examination of the political economy of cooperation and integration. Persistent implementation failure erodes the legitimacy of integration. But adopting a pragmatic, domestic-driven approach to regional cooperation can help address the capability trap that locks resources into predetermined responses to problems misaligned with national priorities.

Instead of the traditional approach that starts from the top with agreements and regional organizations, the African Center for Economic Transformation (ACET)—in its forthcoming African Transformation Report 2020—advocates a bottom-up approach built around regional public goods. Countries instead must target national problems that require cross-border solutions, such as shared water resources, regional energy markets, intercontinental highways, or pan-African digital infrastructure. A regional public goods framework serves two purposes.  First, it analyzes existing agreements to distinguish between different cooperation “problems” and the incentives to deal with them. Second, it helps inform how to target support mechanisms and policies.

This approach starts by asking a fundamental question: what domestic issue or problem needs to be addressed through the provision of a regional public good? Answering this question will enable more pragmatic—and feasible—cross-border or regional frameworks. Planning agreements and supporting protocols through a bottom-up approach can avoid many pitfalls in the implementation process. Rarely does successful cooperation sprout from regionally agreed frameworks, which often reflect historical heritage more than current climatic, cultural, geological, or local political conditions.

Regional cooperation is generally more successful when it offers domestic political incentives, answers to a shared demand, or helps to avoid conflicts. Building the capabilities of countries and organizations to address the problems is by default iterative. The experience of regional cooperation through repeated cycles of problem definition, program implementation, and adaptation increases the viability of further cooperation, provides greater interconnectivity, and opens new pathways for cooperation. The African Transformation Report 2020 advocates for favoring the practical over the ideal to enhance implementation.

A problem-driven approach is not in itself a solution to past regional integration frustrations. Yet, focusing on feasible solutions can advance regional cooperation in the long run. Widespread confidence in the approach, due to known successes, makes it difficult for countries to back out of their commitments—making the regional organization much stronger and more authoritative toward its member states.

Governments should adopt a practical approach to address shared problems, and use that approach to decide on best cooperation projects. Among areas of practical cross-border collaboration on public good projects are energy, water, transport, and digital congruence. Governments should reduce practical impediments, particularly simplifying bulky procedures for customs and cross-border movement of goods. Strong cooperation programs should grasp the role of informal cross-border trade as the lifeblood of much of Africa’s economy.

Governments need to address conflicts, floods, droughts, and other disasters, which do not respect political boundaries. Undesirable spillovers, such as the spread of diseases and conflicts over shared resources, and the predominant effects of environmental degradation and climate change must be monitored and addressed quickly. They should address issues of financial integration by developing regional financial infrastructure, including expanding and harmonizing regional payment systems to enhance market integration.

Implementation has always been the bane of protocols and agreements, and the AfCFTA may not be any different. If this agreement is to be successful, national policies aimed at protectionism, which tend to undercut trade agreements and protocols must be eliminated. Countries must draw up national strategies and implementation plans aligned with the AfCFTA to shore up efforts in the implementation of the AfCFTA.